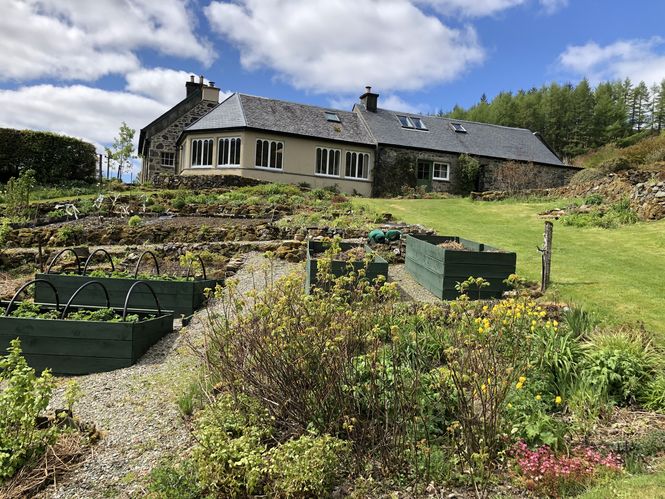 Georgina and Tony Dalton, in 1968, took over three acres of woodland and a tumbling burn.  Initially gardening to feed the family, they soon expanded their horizons beyond the vegetable patch, hand digging steps and winding paths, creating bridges, cultivating a bog and wild garden, always following the shape of the land.  Over the years, Georgina has developed a unique and peaceful sanctuary that is a feast for the eyes.  Here, she cheers us on by writing about her everyday experiences. 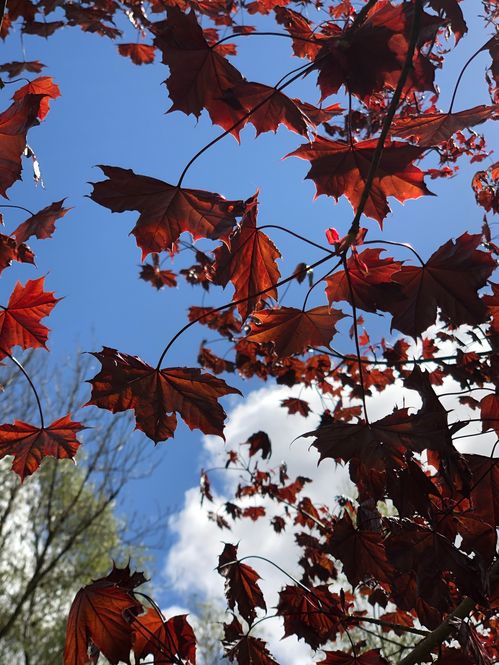 Early mornings in the garden this week seem to have been tinged by a mixture of ‘airs’: some days it is uncertainty, some its positive up, out and go and others, hesitance and tentativeness.  Thankfully for the plants’ sake, they are not facing the human world’s decisions on coping with the Coronavirus.  For them, it’s the sharp variations in the weather.  The Council’s roadman in the 60’s and 70’s, Archie MacKenzie of Lochavich, patrolled our road on his bicycle (his sweeping brush and spade tied on somehow) recalled a 6 feet snowdrift in mid-May at the cattle grid nearby.

Our snow shower yesterday was the sudden gust of wind that blew all the gean blossom off the trees.  They swirled about in the air before rolling and then scampering down the drive.

The lack of rain has caused some herbaceous plants to droop their fresh stems and leaves and pleading for the watering hose to come around. 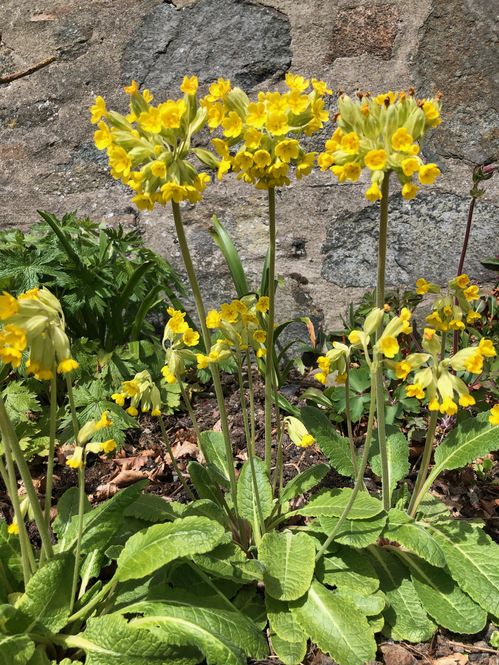 The wonderful bright yellow cowslips planted out in the narrow border in front of the house were grateful for a good drink.  These plants I grew from seed collected from the flowers that appeared by the edge of Loch Lushkin.  They were seeded in there by the Council, way back, when they imported earth to shore up that bank between the road and the loch.  Their big red sowing machine spat out a variety of grass seed, fertiliser and the cowslips appeared shortly afterwards.  A brilliant sight against the loch when its water is a deep shade of blue in the sunshine.

There have been happy surprises as well as possible disappointments.  Some plants are coping with the dry conditions and cold winds while others not so resilient.

Taking compost round when pruning the Buddleias is well worthwhile as it helps to shelter the new shoots at the base. Cutting back leggy old stems will give them a boost for this years flowering.  My mother used to talk about her love of Buddleias and I didn’t know what they looked like until I came to live in Argyll.

My parents moved to Blyth Bridge, a frost pocket South of Edinburgh. Mum would go to a lovely old local nurseryman called Jo Heydon and come back happily clutching a pot.  Every shrub she planted succumbed to the cold winds and frost.  Now living in Buddleialand, I take cuttings of mine and different ones from friends’ gardens and have their sweet scent and butterfly attraction qualities in all sorts of more sheltered corners.

Coming up from the bog garden and its regiment of primulas, I served a warning on Donald the Scarecrow that he wasn’t doing his job.  I found a Roe buck in the shrubbery, too close to the veggies for comfort.

Later today I must feed and prune shrubs by the 25 steps and greet the Cephalanthera Longifolia as it has miraculously returned with two flower stems after being vandalised by something last year!

Later in the day – disaster revealed itself – a frost had reduced to a brown mush the beautiful orchid, shrivelled up the russet leaves of the Treacle Tree, doomed new Hydrangea shoots and collapsed copper leaves and stems of the Rogersia.  A moment of weeping and despair only lifted by the sight of the Ospreys, wheeling and cavorting about in the updrafts by the Ravens Rocks overlooking the loch. 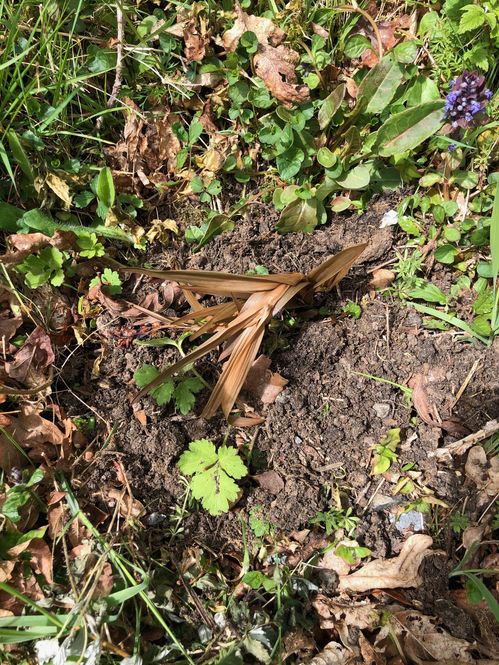 So it’s home to a large cup of strong black tea and a slice of boiled fruitcake to restore my spirits.   An evening plan to pot up some Marmande tomato seedlings was delayed that finding the Siberian wind had got at some courgettes, climbing French beans, Borlotta Beans in the polytunnel.  Double woe and feeling this is not fair.  Heading to the greenhouse, the vibrant purple of the Dodecatheon Jeffreyi (American Cowslip) cheers me up.  I must try again to collect its seed as so far have been unsuccessful at germinating them.  Switching on the radio in the greenhouse while potting up, a back episode of “I’m Sorry, I Haven’t A Clue” makes me laugh.  All is not lost.