The Angus & Dundee district of Scotland’s Gardens Scheme is thrilled to provide a special trail of garden openings over June. Most of these gardens are new to the Scheme and run from Dundee City Centre to the coast around Arbroath, through Forfar to Edzell and down to Meigle. Visit a community garden and a productive walled garden, as well as 12 other private gardens of varying sizes and styles. Dundee Botanic Garden will kick off the trail with entry for trail ticket holders over the first weekend and the special Maggie’s Dundee garden will also be open. We’ve also suggested some places to eat and nurseries and garden centres to enjoy while you’re garden hopping!

SUPPORTING MAGGIE’S
Sixty percent of the proceeds will go to Maggie’s Dundee with the net remaining to Scotland’s Gardens Scheme and its beneficiaries. Maggie’s Cancer Care charity provides free practical, emotional and social support to people with cancer and their families and friends, following the ideas about cancer care originally laid out by Maggie Keswick Jencks. Built in the grounds of Ninewells Hospital, Maggie’s Dundee provides support to our local community.

ADMISSION
Please buy your ticket online in advance, available for £20 per person (accompanied children free), via the Scotland’s Gardens Scheme website. Tickets give flexible access to all gardens on the trail throughout June on any of the available open days. Gardens may also be visited individually for £5 each, tickets purchased at the garden gate. 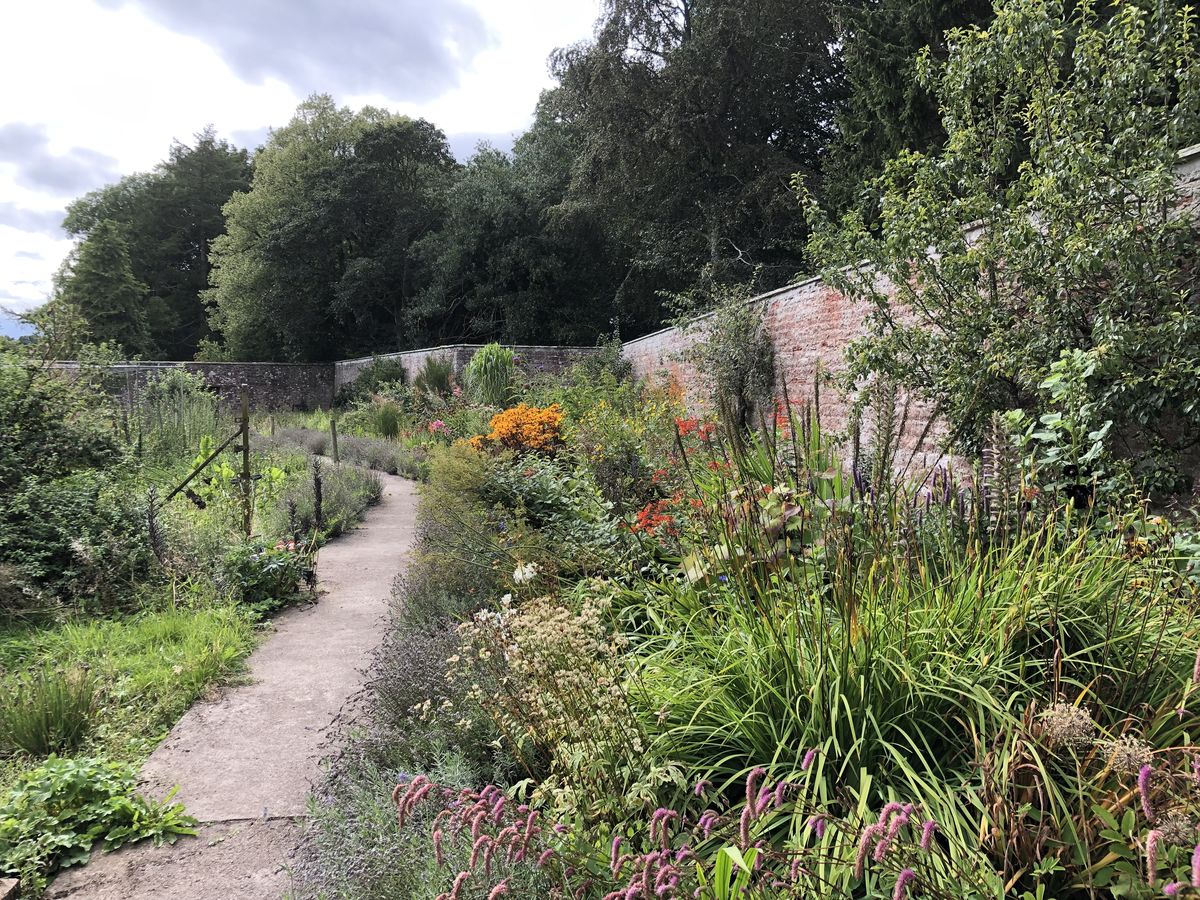 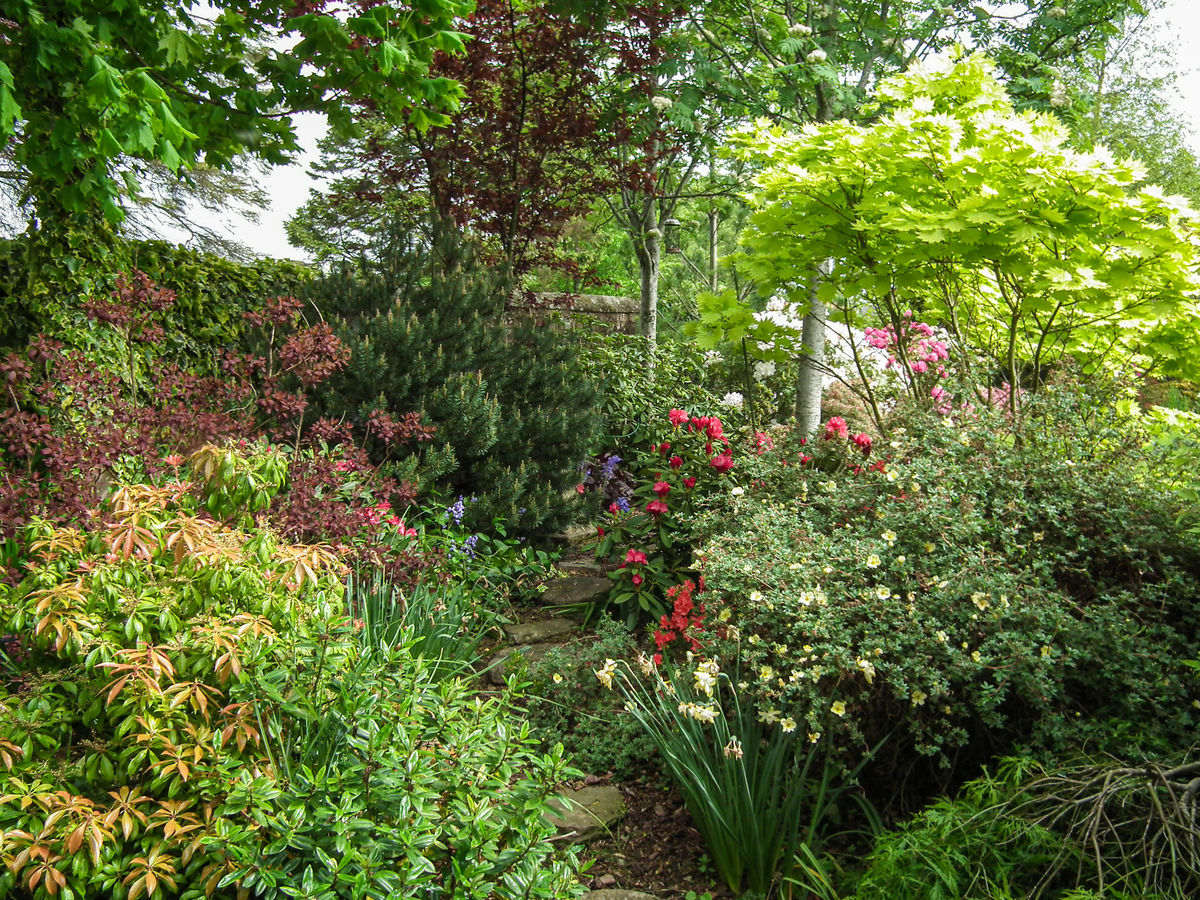 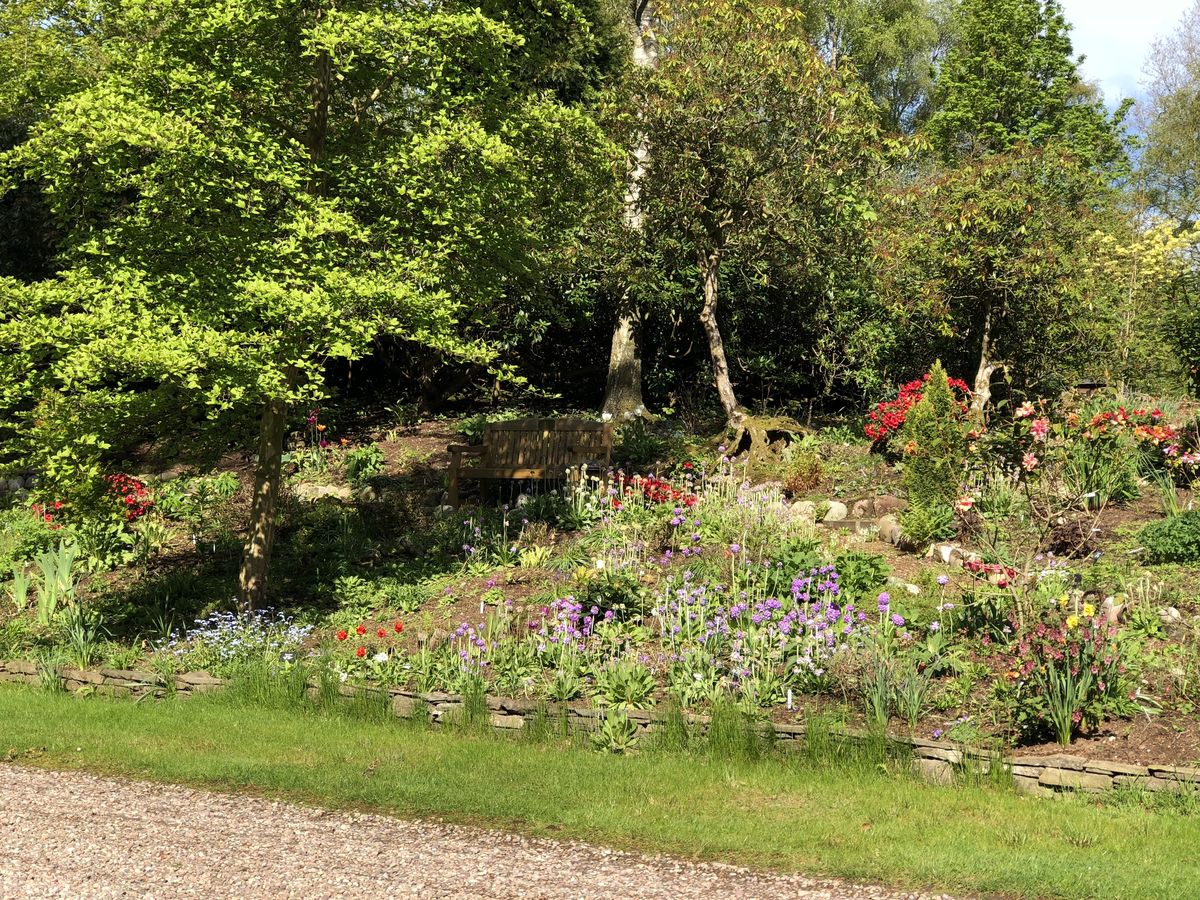 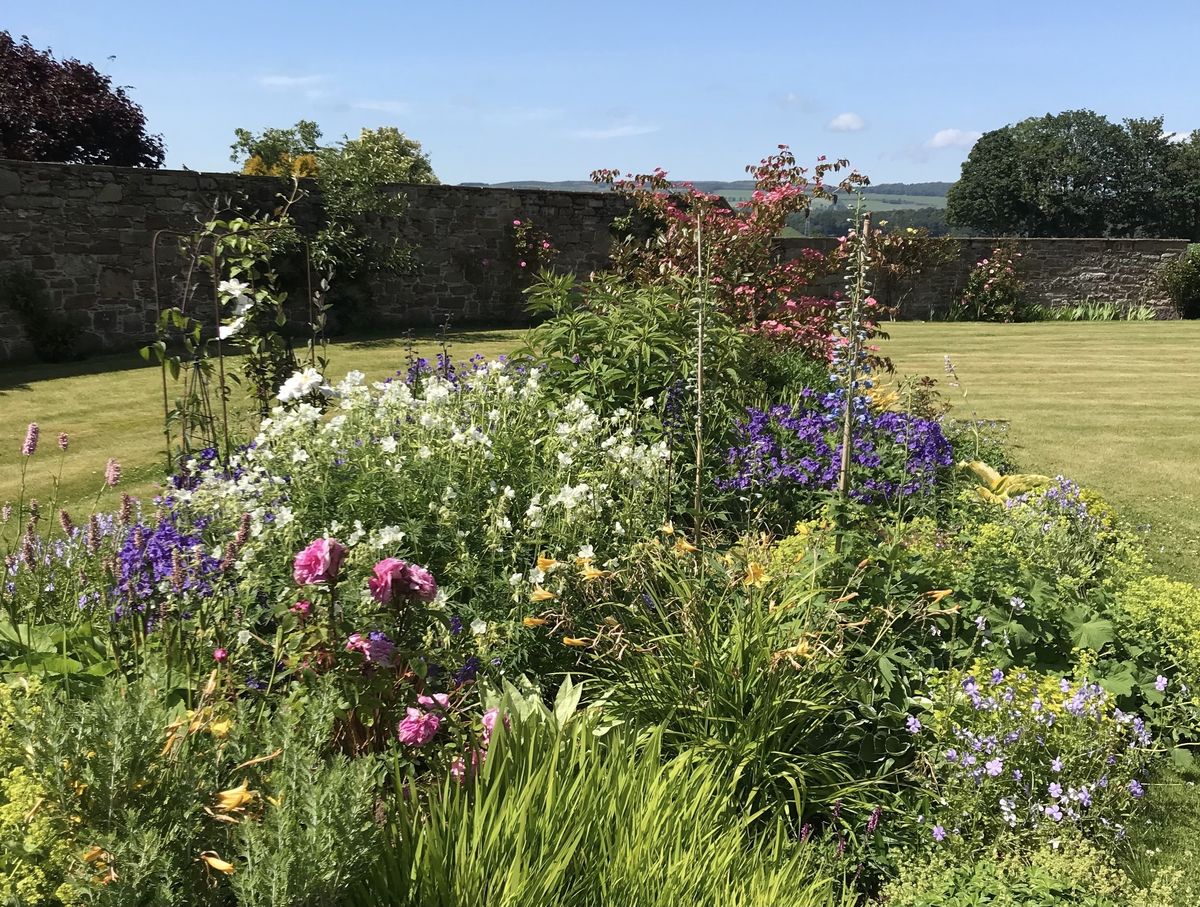 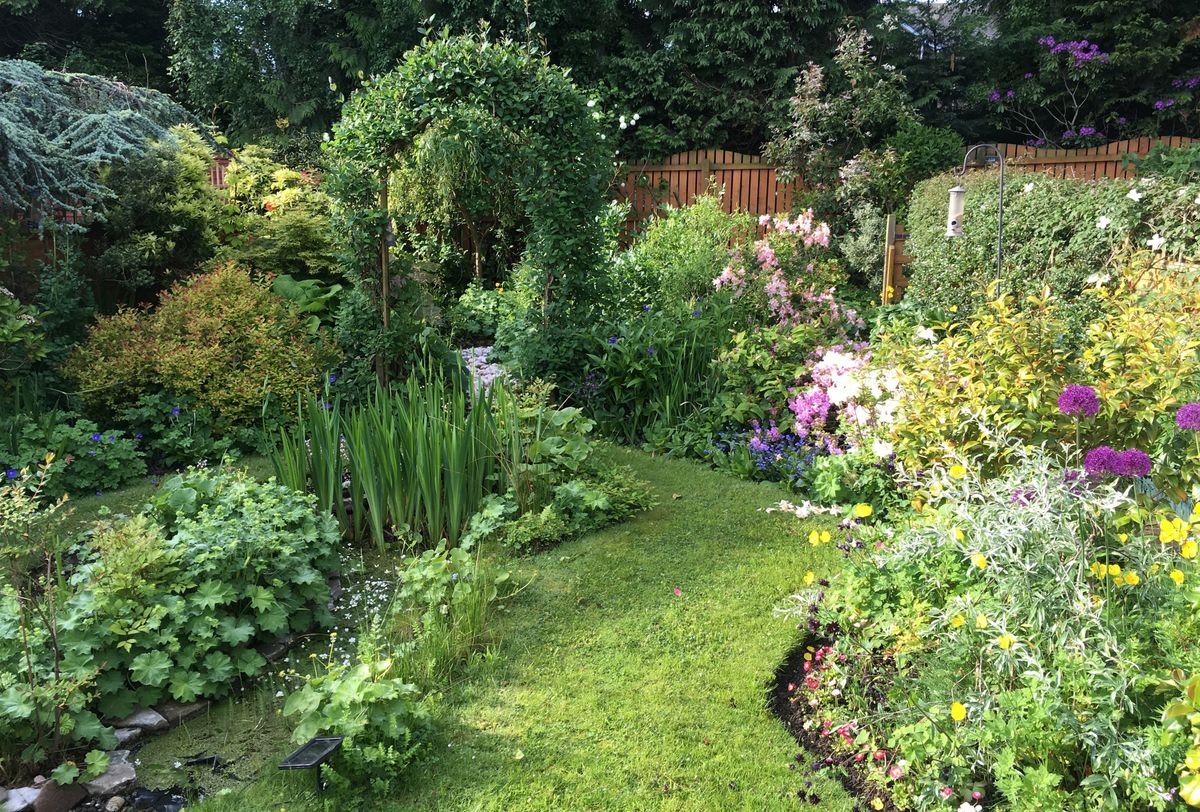 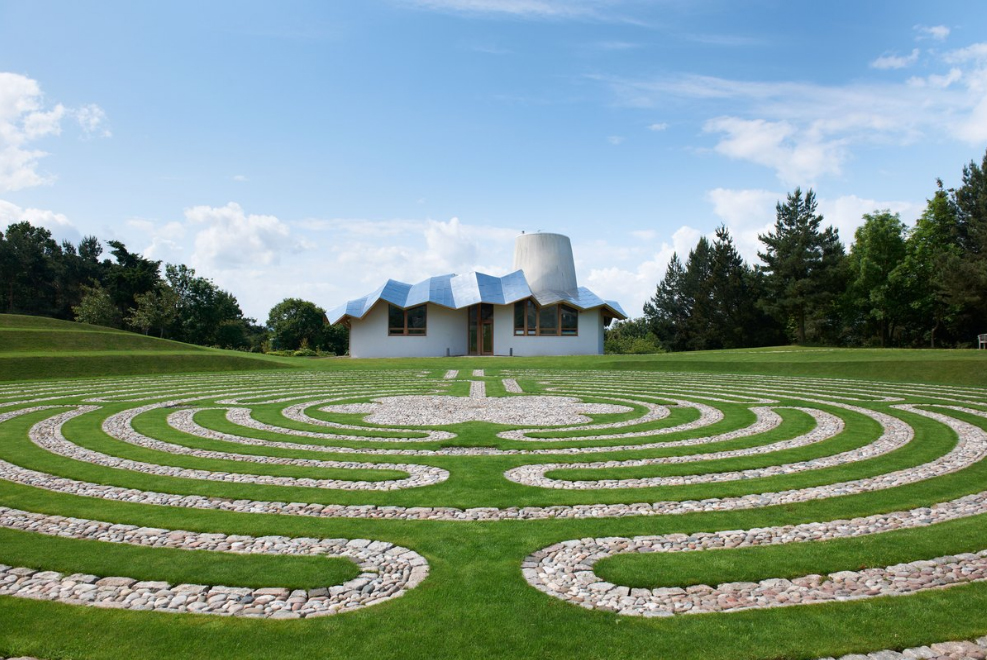 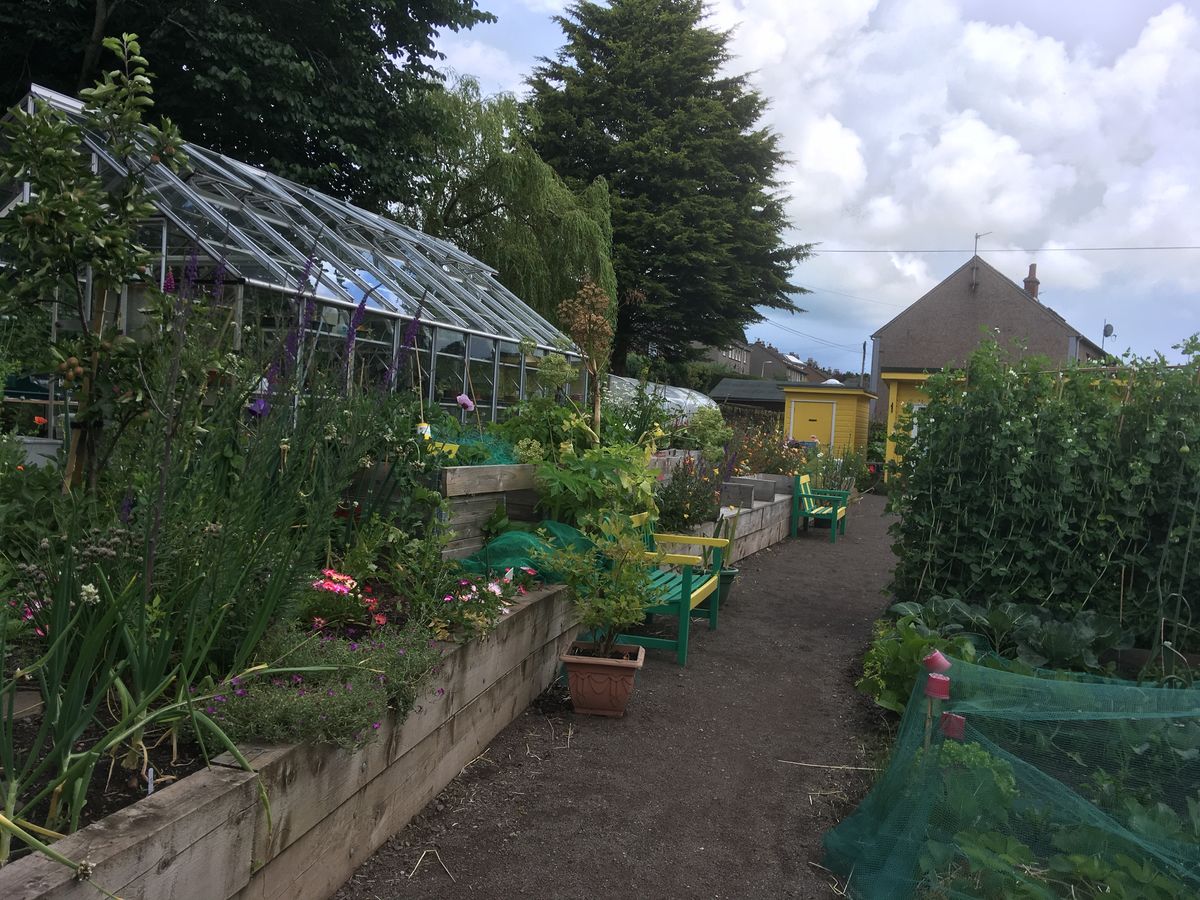 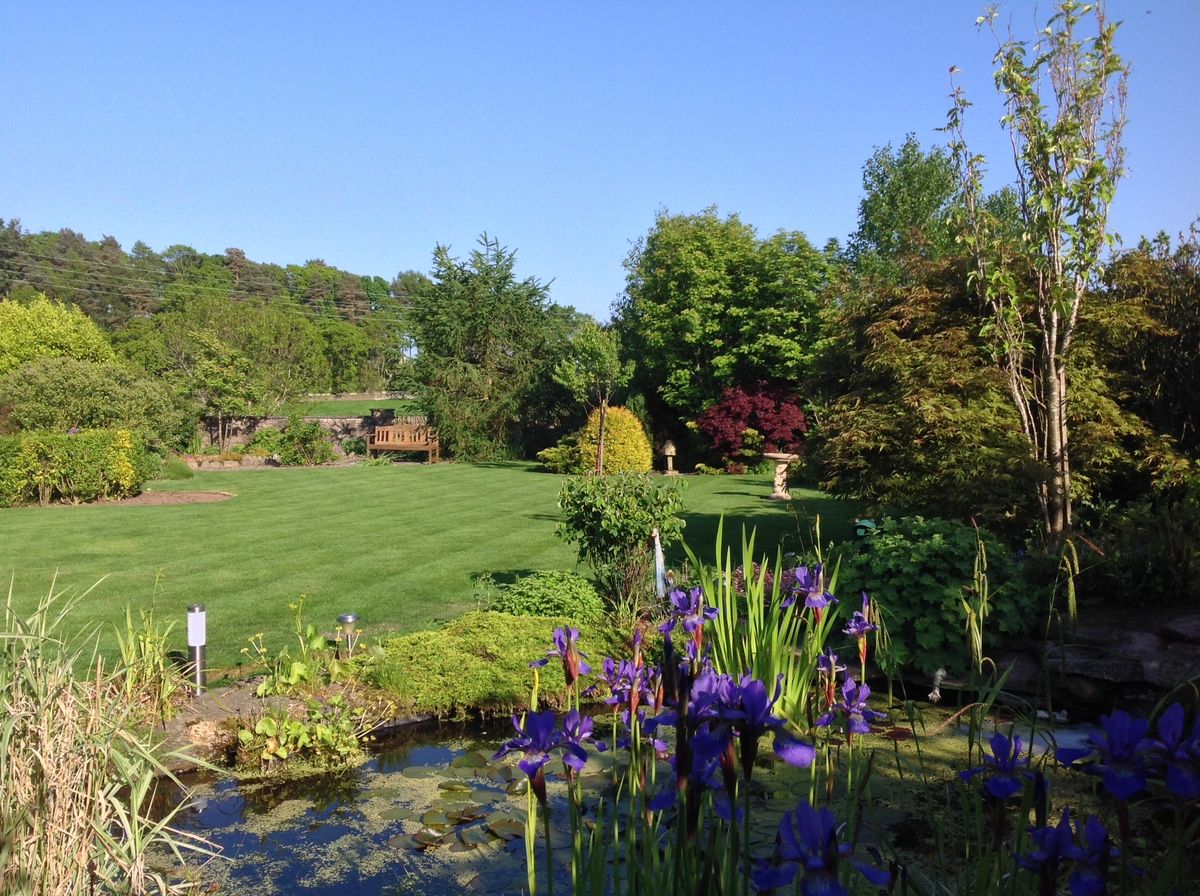 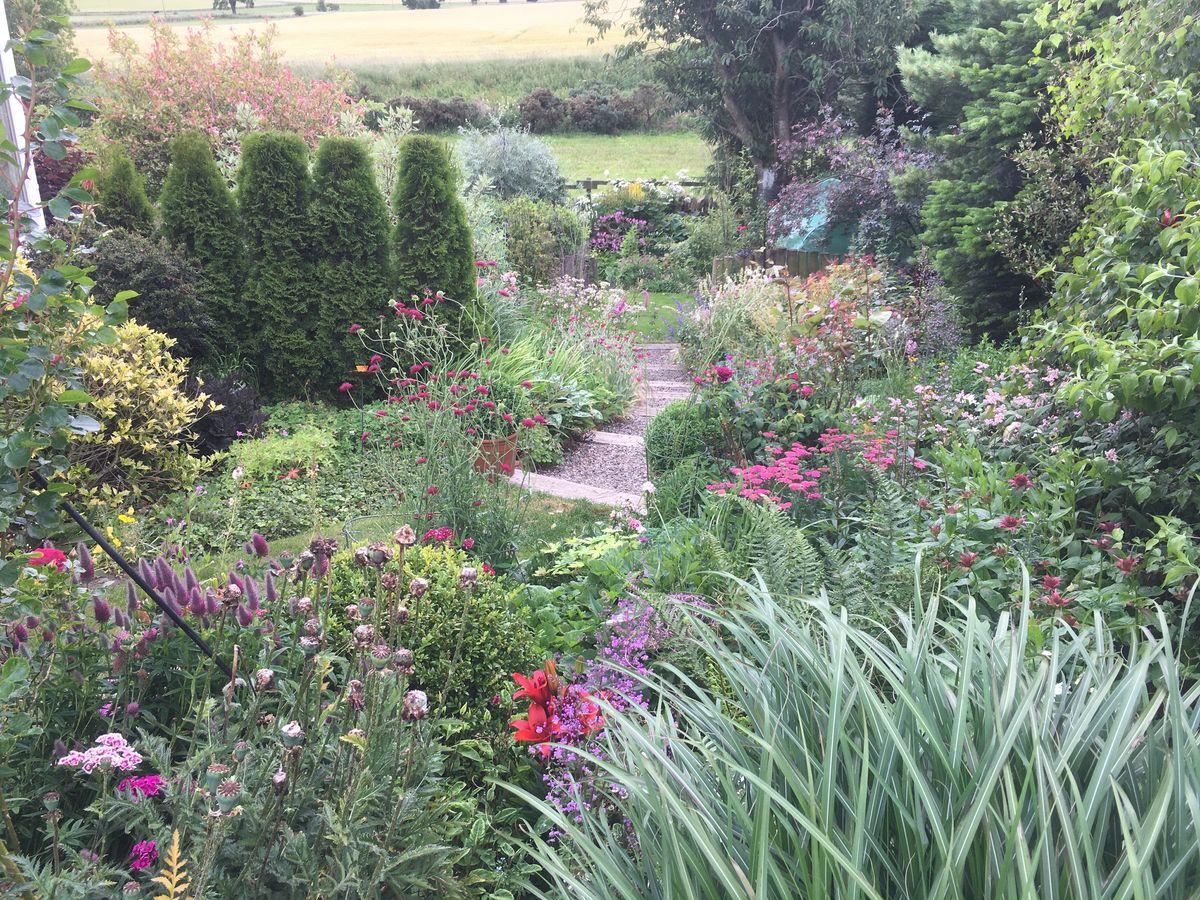 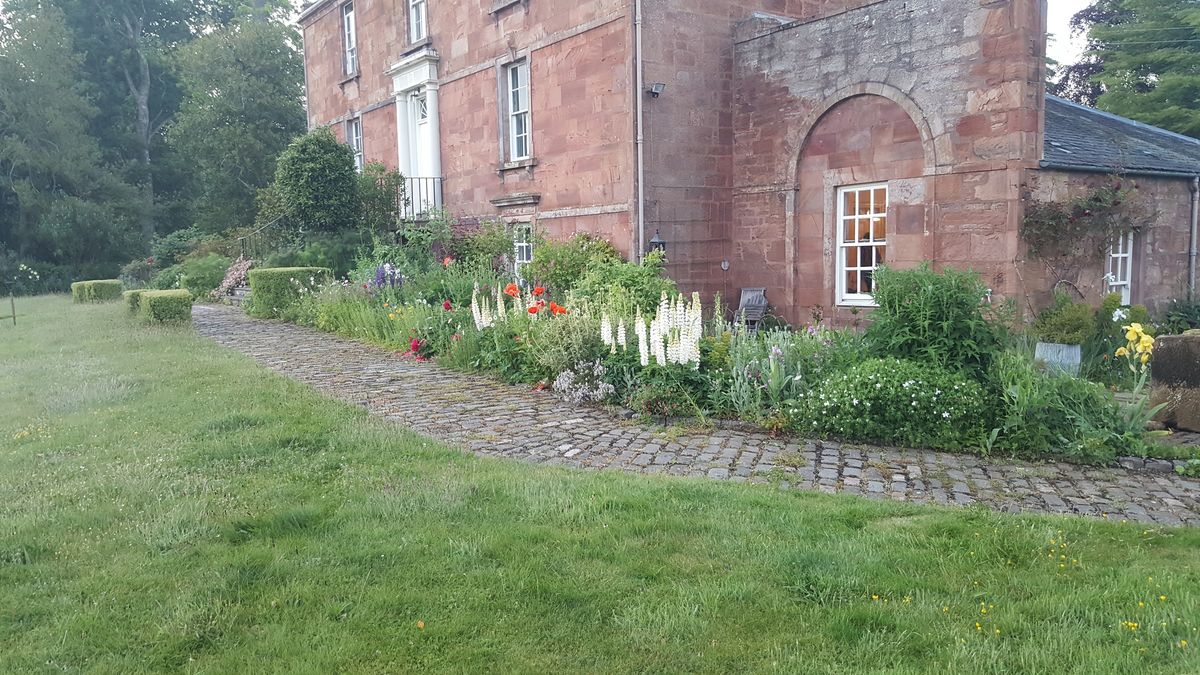 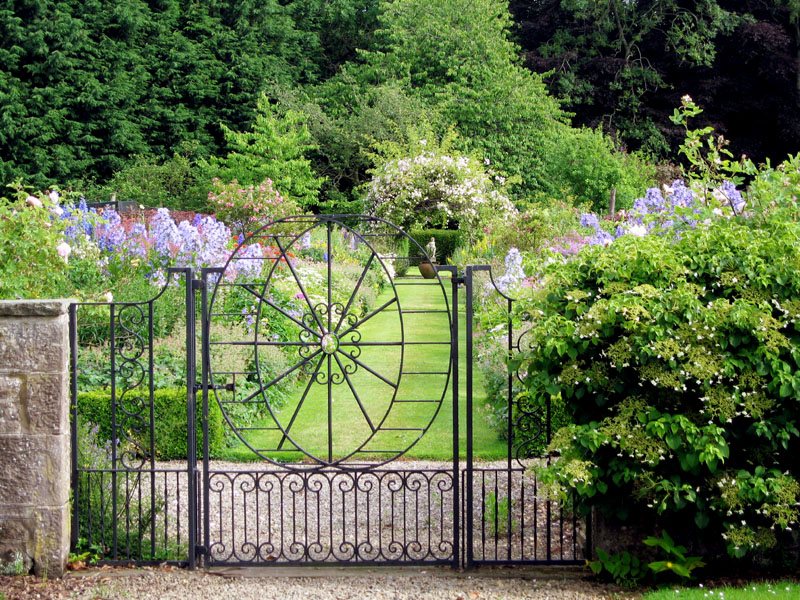 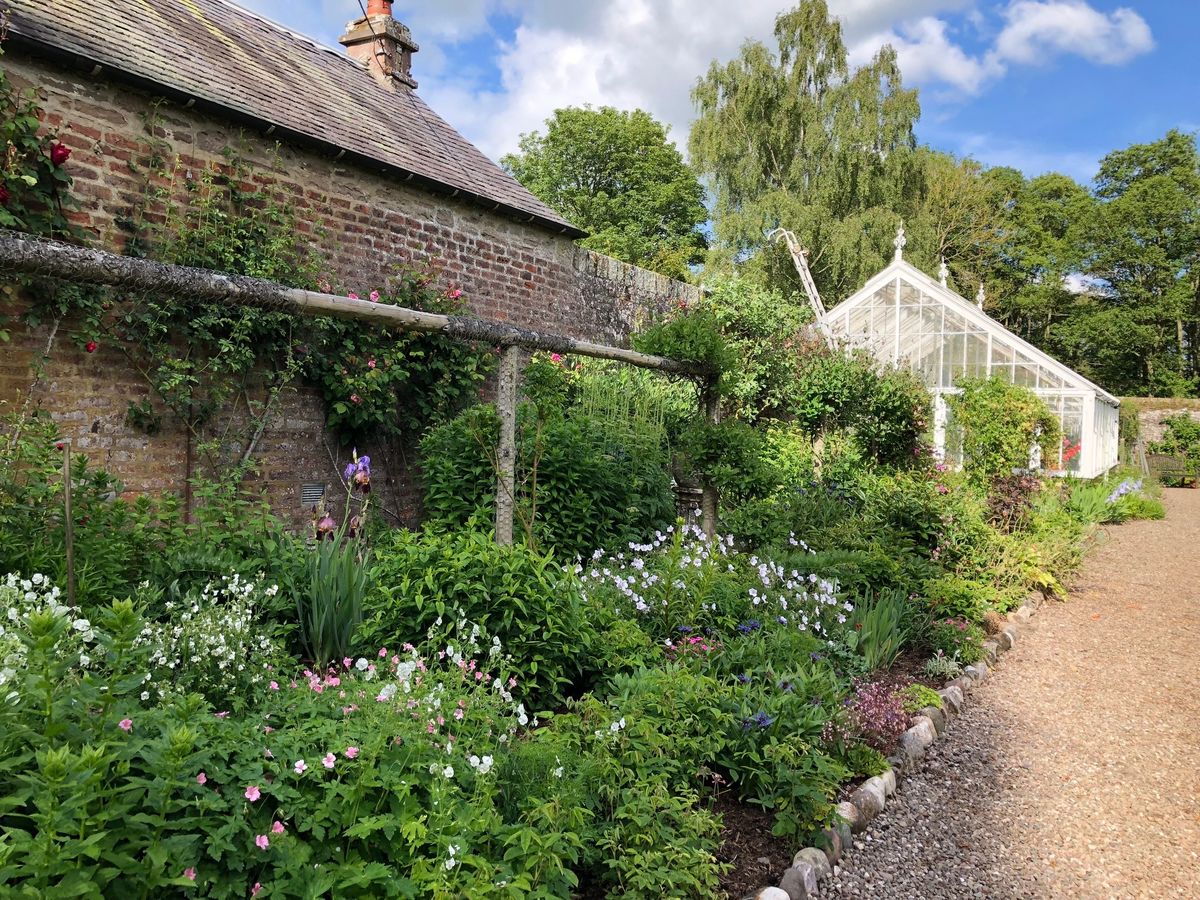 5 GLAMIS PLACE, Il Gardino de Giovanni, Dundee DD2 1NB: A terraced south-facing city garden with excellent views and including a border garden, wildlife garden, and with numerous pots scattered throughout the garden along with seating. Open Saturdays in June 11am - 4pm

8 LEEMOUNT LANE, Broughty Ferry DD5 1LA: This is a compact residential garden secluded and sheltered by large trees. There is a pond, hens, vegetables, herbs, fruit and flowers. There is also a small chamomile lawn and mirrors are used to reflect light. The garden is ideal for young children to explore the paths, look for frogs and feed the hens and includes child-friendly vegetable labels.
Open Thursday in June 10am - 4pm

BALHARY WALLED GARDEN, Balhary, Alyth, Blairgowrie PH11 8LT: This lovingly restored walled garden features 75 varieties of fruit trees, a large herbaceous border, lavender hedges to the height of the walls and vegetables of heritage and new varieties are grown extensively to supply ‘foodies’. The cottage garden comes into its own with lighting, living flame, Zen, formal planting and a fairy garden with red squirrels frolicking about.
Open Fridays and Saturdays in June 2pm - 6pm

DUNDEE BOTANIC GARDEN, Riverside Drive, Dundee DD2 1QH: Enjoy the wide range of plants, with fine collections of conifers and broad-leaved trees and shrubs, tropical and temperate glasshouses, water garden and herb garden in nine-and-a-half hectares of south-facing, gently sloping land near the banks of the River Tay. The garden features many species of indigenous British plants with important plants from all the continents of the world.
Open for the trail Thursday 3, Friday 4, Saturday 5 June only, 10am - 5pm

FORFAR OPEN GARDEN, 36 Lochside Road, Forfar DD8 3JD: This accessible garden is open to everyone for visits and plant sales as well as volunteering. The garden will be in its fifth growing year in 2021. The aim of the garden is to bring people together to share skills and build connections through creating and looking after the garden. There is a real well as the garden is on the site of a brewery as well as woodland with old apple and plum trees.
Open Saturdays in June 10am - 2:30pm

GREENGAITES, 3 GLAMIS PLACE, Dundee DD2 1NB:
A cottage-style garden with small trees, herbaceous borders and rockery. Interest throughout the seasons with magnolia blossom and bulbs in the spring, moving into summer with wisteria, clematis and roses growing up the walls of this pretty 1920’s house. The herbaceous borders and rockery provide colour throughout summer and autumn. Open Saturdays in June 1pm - 5pm

LAWTON HOUSE, Inverkeilor, by Arbroath DD11 4RU
Woodland garden of beech trees, carpeted with snowdrops, aconites and crocuses in spring, set around a 1755 house. There is also a walled garden planted with fruit trees and vegetables. The property was owned for many years by Elizabeth and Patrick Allan Fraser who built Hospitalfield House in Arbroath. Open Thursdays in June 10am - 2pm

MAGGIE’S DUNDEE, Ninewells Hospital, Tom McDonald Ave, Dundee DD2 1NH: Designed by the renowned landscape gardener Arabella Lennox-Boyd, the stepped earthworks act both to screen and link the building to the hospital. The centrepiece is a 33-metre labyrinth where visitors can come to find a space for contemplation and meditation. A separate small garden, surrounded by roses and scented shrubs and plants, is set aside for private contemplation. Available to visit at any time

NEWTONMILL HOUSE, by Brechin DD9 7PZ
Newtonmill House looks over and into the semi-formal walled garden. The entrance to the garden is through a wrought iron gate that reflects the mill wheel from which Newtonmill derives its name. The central pathway is flagged by herbaceous borders, sheltered by a fine Prunus cerasifera ‘Pissardii’ hedge. The garden is divided into four squares of kitchen garden, spring garden, croquet lawn with summer-house, and the recently completed autumn garden. Through the rose arch at the south end of the garden are peony and shrub rose beds, a small pond area and doocot. Adjacent to the house is a rose-garlanded terrace and raised beds. Open Fridays in June 10am - 2pm

NORTH LODGE, 36 Church Street, Edzell DD9 7TQ: This predominantly semi-evergreen woodland garden, full of mature trees and shrubs, acts as a good backdrop for a multitude of climbers and herbaceous perennials with numerous flowering azaleas and rhododendrons. The garden also has a Japanese element to it with pots of acers and bamboo. The current focus is on increasing the wildlife elements for nesting birds, a pond and pollinators.
Open Fridays in June noon - 4pm

THE PRIMULA GARDEN AT RESWALLIE, Forfar DD8 2SA
The garden started as a wedding gift of primula to gardener Colin Gair and his wife Iris in 1971. Colin moved to Reswallie in 2011 after Iris died and he maintains and expands her collection as a tribute. Space was created to expand the original garden by the collapse of trees, removal of Rhododenron ponticum, excavations in search of a family dog and the destruction of a rabbit warren. Today there are 45 species of primula planted among meconopsis, miniature rhododendron, hostas, various bulbs and many other plants. The garden is also in memory of David Lloyd-Jones and Helen Lloyd-Jones who died after the garden was started. Open Thursdays in June 2pm - 5pm

ST BRIDE’S COTTAGE, South Kingennie, Broughty Ferry DD5 3PA: With a semi-wild perimeter, this garden provides year-round interest with a mixture of shrubs, perennials and bulbs. Further features are inspired by visits to gardens around the world, including a Japanese-themed area with island bed. There is a small bog garden with a lovely early summer display of Iris sibirica and plantings that attract a wide variety of bees and butterflies.
Open Fridays and Saturdays in June 1pm - 5pm

THE DOOCOT, Kinloch, Meigle, Blairgowrie PH12 8QX: With open views to the Sidlaws and Grampians, the garden includes a parterre rose garden with substantial shrub and herbaceous twin beds and areas of heather and hard planting including rhododendrons, azaleas and a variety of trees. Further trees and rhododendron create seated areas and small themed beds with colourful plantings to provide interest through the season. Open Fridays in June 2pm - 5pm

TORWOOD, Milton of Ogilvie, Glenogilvy, Glamis by Forfar DD8 1UN: A small, attractively laid-out country garden striving towards year-round interest, enjoyment and relaxation through association and succession planting of trees, shrubs, herbaceous, perennials and bulbs. John's aim for his gardening is to focus on ecologically-based, wildlife-friendly planting schemes, guided by natural and semi-natural habitats. This approach is demonstrated beautifully in his garden, separated into rooms focusing on different colour schemes and styles, including a small woodland area, mixed borders and prairie-style planting.
Open Saturdays in June 2pm - 5pm 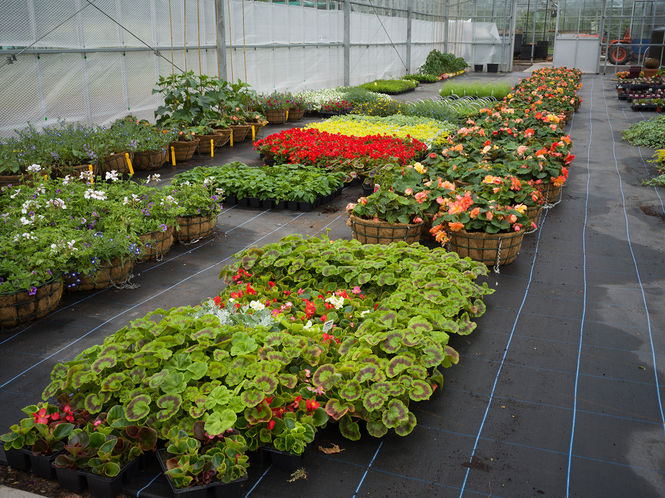 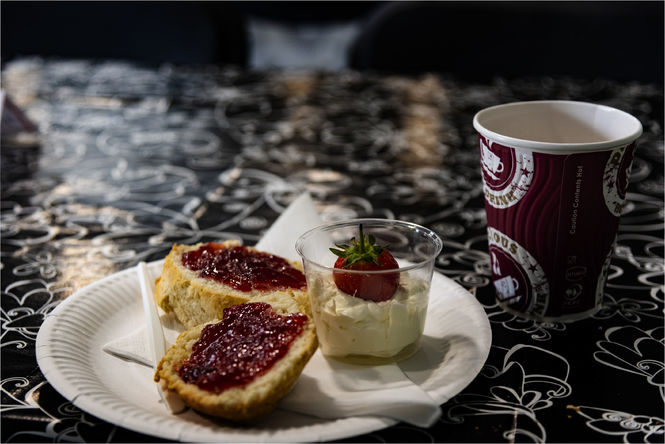